← more from
NewSong Recordings
Get fresh music recommendations delivered to your inbox every Friday. 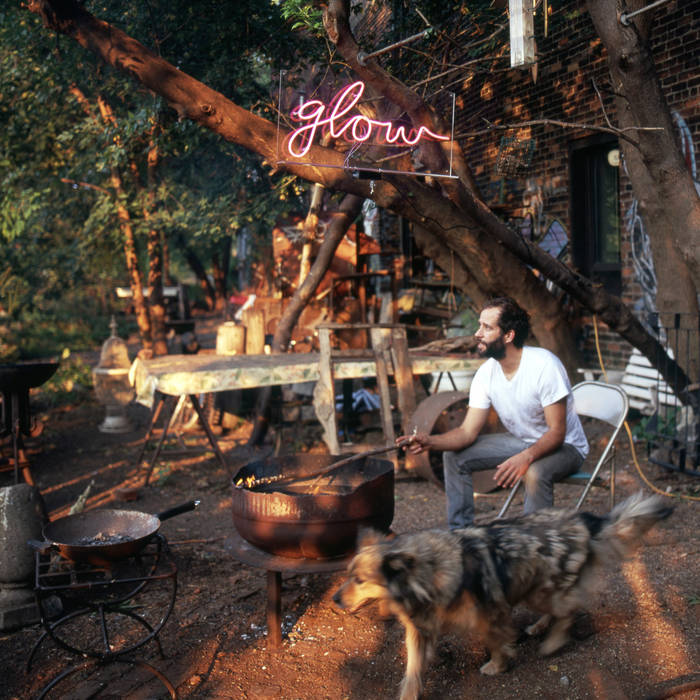 Montreal songwriter and producer Chris Velan has made his sixth and latest album a homecoming. Set for release on March 4 via Newsong Recordings, Glow is the first album made in his hometown since 2005. “After ten years recording and lots of touring, I just hit a wall and ran out of energy and inspiration,” says Velan. “I decided to stay put in Montreal for a while, try producing other artists and become part of the community again.”

Glow is the most accomplished, seamless mingling of Velan’s musical predilections - dancing from quiet, intimate passages, growing on pulse smooth rhythms. It’s a DNA that draws from his singer-songwriter craft as much as from West African guitar pop, vintage-era rock steady, and dance-floor eighties rock. The latter of which is embodied by the first single, “un-American Gothic”.

“This was one of the first songs I wrote for this album and it's one of my favourites,” claims Velan. “All of these strong pangs of personal accountability I was experiencing in my own life funneled into this first-person account of a failing empire and took shape in this upbeat, dance-floor vibe. I think that's because it was meant to be more of a celebration than a lament. Once you pass through the pain of losing a myth or illusion, you can get to something better and more true.”

The songs on Glow want to pull back the curtain and let the light in. They’re about taking that long, unflinching look in the mirror, shattering mythologies, both personal and collective, and naming the lies that keep us caged. Whether refusing the clean-up job of a prophet in “Listen, Elijah”, or invoking grace in “Call Me Into Your Heart”, Velan’s latest collection of songs seems intent on finding joy at the end of the world - where no matter how frightening the outcome, the end is never the end, just a great new beginning.

“With the first couple of songs that I wrote for this album, it seemed that I was creating a sort of rock opera about the end of the world. But as more songs came and I started to burrow down into what they meant, I realized they were all getting at different notions of an apocalypse – not in the end-of-times sense but in the everyday revealing of what’s been hidden. That’s when the album went from conceptual to personal for me.”

It’s a path of inquiry that began for Velan on his previous album, The Long Goodbye, a raw and confessional reckoning with the break-up of a long-term relationship. While echoes of that ache remain in his latest release, Velan’s writing now looks forward with a faith in the blossoming power of love, connection, and the other intangibles that sustain life and will.

In addition to writing and recording Glow, Velan has kept busy in the studio with numerous other projects. Over the course of the last year he produced a debut album for Vermont chanteuse Francesca Blanchard, traveled to Haiti to record the Haitian collective Lakou Mizik’s first release, and joined Montreal afro-rock outfit Dear Denizen on guitar.